Following on from the Vampire Teacher story in Mr Stink, we wrote the sequel which Mr Stink suggested.

Here are a few examples of our spooky openings:

As her blood curdled, Lily entered the menacing school gates. She saw a vampire lurking in a gnarled tree who suddenly leapt down and attacked her! Terrified, she escaped!

Running for her life, Lily suddenly found herself inside a rusty, metal alleyway which led off into the pitch black. Tiptoeing further, she soon found herself in a scary lair. In the centre, sat a chair. But was anybody in the chair? She walked closer...(ER)

Nervous about what would happen, Lily entered the spooky school hall! The door shut with a thud! She walked slowly through the moonlit hall, her footsteps creaking on the mouldy floorboards. She heard footsteps. She turned around. There was nothing!  (AB)

Regretting she went to the school, Lily entered the frozen school hall. As she took a tiny tiptoe, there was a loud BANG! She dreaded every second. With her blood curdling and her hands shivering, the lights went out. She felt an uneasy feeling in her spine. There wa a lightning strike outside. She felt a tickle behind her. She spun around. It was a zombie. She roared and screamed with fear. She sprinted to the nearest door, but there... (WH) 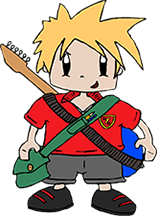