As I looked up, my mouth dropped in awe. Directly in front of me, was a huge creepy shadow that belonged to the one and only… RED BLUSTER! The mythical, golden beast had a menacing look on its horned face and I noticed that it had ancient markings on its big, hooked front horn. I backed away in case it charged, just for safety. As it opened its mouth to roar, I saw a cave full of millions of teeth. Once it was completely open, a ginormous inferno shot out. I screamed and screamed until I ran out of breath. Meanwhile, the ferocious dragon stopped because it spotted a plump elephant. In one large chomp, it demolished the elephant and devoured it completely! By Ewan 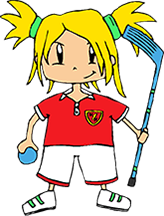