Newt and the Niffler - English

Using Fantastic Beasts and Where to Find Them, by JK Rowling, we have been writing multi-genre texts. We have combined a narrative with and information text. This was a great opportunity to apply lots of the skills we have been learning in our writing this year. Here are some examples of our work. 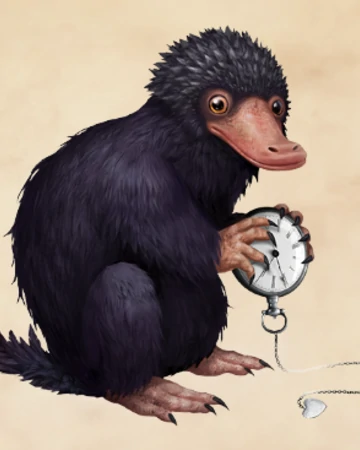 As the niffler rode past on the bottom of the trolley, he was greedily stuffing his pouch with gold coins.

Staring at the greedy niffler, Newt, with wide eyes and mouth open, tracked onto his target as it got taken away. Newt kept on staring through the golden bars. He didn't want to let it escape.

As th niffler gazed at Newt, he stuffed his pouch. He thought to himself, this is all mine. He was so greedy he kept all the treasure to himself while hiding it.

The man pulled out the egg while it was hatching and shouted, "Hey. Mr English guy. I think your egg is hatching." He heard the niffler get closer to the elevator and he didn't want it to get away. He couldn't do anything to get the greedy thing.

As the niffler was on the trolley, he got taken into the elevator. The niffler escaped. Newt couldn't stop it. When the elevator closed, in one word, the guy with the moustache came gliding over and when they touched, they teleported.

They teleported into the basement. They both watched the egg hatch. The muggle was so very impressed, he couldn't talk for a minute.

Newt was outside of the vault with all of his tiny creatures. When he looked over at the vault, he saw the niffler squeezing through a tiny gap in the door. "Absolutely not," he muttered angrily. As he took out his want, he heard a voice behind him should, "What do you think you are doing?"

He rushed into the vault and he hunted high and low. Newt quickly located his prey sitting among a shiny mountain of precious rubies and diamonds. Cheekily, the niffler smirked at Newt with a look of mischievous determination to keep his pouch overflowing with riches. Elliss

Staring at the mischief maker, Newt had a look of terror on his face. Seeing the niffler stuffing valuables into his pouch, the wizard looked thunderstruck. As the robber entered the lift on the cart, Newt heard Jacob shout, "Hey. Mr English guy. I think your egg is hatching!" Swiftly, the wizard pulled the muggle towards him and they both apparated to the bank stairs.

Just then, the speckled eggs shell started to crack and out popped a Bulgarian Brute the size of a crab. Plodding down the stairs, Newt was commanding his creatures to settle down and he was placing him into his case.

Just then, the wizard spotted his target squeezing into the titanium vault. "Absolutly not!" murmured Newt, "Aloha mora." Then the wheel started to turn. Suddenly, the bank manager rushed down the stairs and shouted, "So you're going to steal the money hey?" then he violently hit the alarm. "Petrisficas-totalis," mumbled Newt and the man froze then fell.

Rushing into the cube, Newt snatched the niffler off a pile of coins, then pulled out his tatty notebook. Finding the page on how to get your gold off a niffler, the page read: Finlay

We have also been working on including speech punctuation in our writing and using speech to show how a character is behaving. We tried different points of view. Here is some of our work.

As the greedy, mischievous Niffler gazed at me, he was stuffing his pockets full of gold. He escaped through the door. From the back of the room, a man shouted, "He Englishman, your egg is hatching." I zoomed over to him and teleported us to a new location which was in the bank's vault.

I saw the Niffler and charged at him before he could escape. I tipped him upside down and all of the shiny gold coins fell out of his pouch.

The alarm went off for some reason. I immediately teleported us out of the bank before and police showed up. "Alacabam!" I shouted and we escaped. Reece

As the Niffler rode past me, a man shouted, "Hey Englishman, I think your egg is hatching." I looked at him, then the Niffler. "OK let's go," I said to myself. I ran to the man. Then I made us teleport to a secret room.

My head popped up. I ran to the bottom of the stairs and the Niffler, the one that was on the trolley, crept into the bank vault. I shouted "Hey!" but the Niffler kept on going.

All of a sudden, a man came as I was opening the bank vault. He came at the worst time ever. "Oh no," I remarked. "Oh yes, you guys are stealing from the bank," he replied. He hit the button. "Oh no!" I yelled.

I cast a freezing spell on him. The owner of the bank's bodyguard came and was about to catch us but I teleported us out just in time. "Phew," I said relieved. "Yes, Phew," the man whispered. Isla

As I was riding on the trolley, Newt glanced at me so I covered the, soon to be my, golden coins. Suddenly, when I was going into the elevator, I saw this weird man with a weird thing above his lips. He got Newt's attention which gave me time to get away.

When I was going down in the elevator, I heard the weird man shout, "Hey, English guy, I think your egg is hatching!" to Newt. But I was at the vault now so I got out of the sturdy trolley.

Walking slowly in joy, I saw Newt and the guy behind me so I slid into the vault to get all of the gold I could before they opened the door. I tried to run but he got me and help me upside down so he could empty  my filled pouch. I tried to fight back but Newt was to strong so I didn't get the money I wanted. Faith