To commemorate Remembrance Day 2017, a Hayward's Team of tag rugby players went to the village of Ide to play tag rugby with the local primary school.

During the day,  a simultaneous assembly with Ide Primary School was presented by the Chairman and the Captain of Ide Rugby Club, who sponsored the game.

A two minutes silence was held before kick off, started and finished by a replica WWI Paschendale whistle. A cheque was presented to members of the Royal British Legion, who support former soldiers. It was lovely that representatives were in attendance for the game.

The attitude of the children was excellent and they were a credit to the school, their families and themselves. 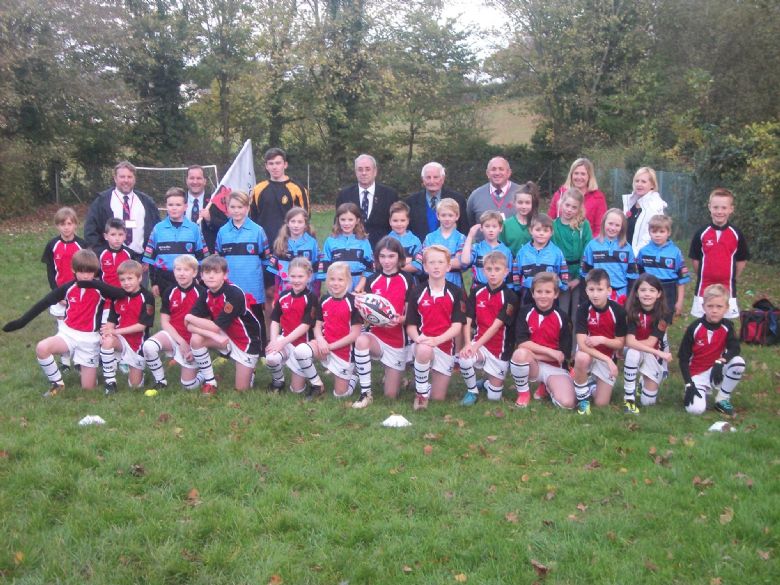