The children in Year 3 had a brilliant Roman Day. The children were visited by a Roman soldier from Exeter Museum who taught them about life in Roman England. The children had to listen to the Roman trying to convince them to join the Roman army, they dressed in Roman costume including armour, they got to see Roman weaponry and see jewels and fabrics that were worn at the time. They learnt how to march as Roman soldiers and then had a battle with their teachers. Thank you to all of the adults who helped arrange and resource the day. 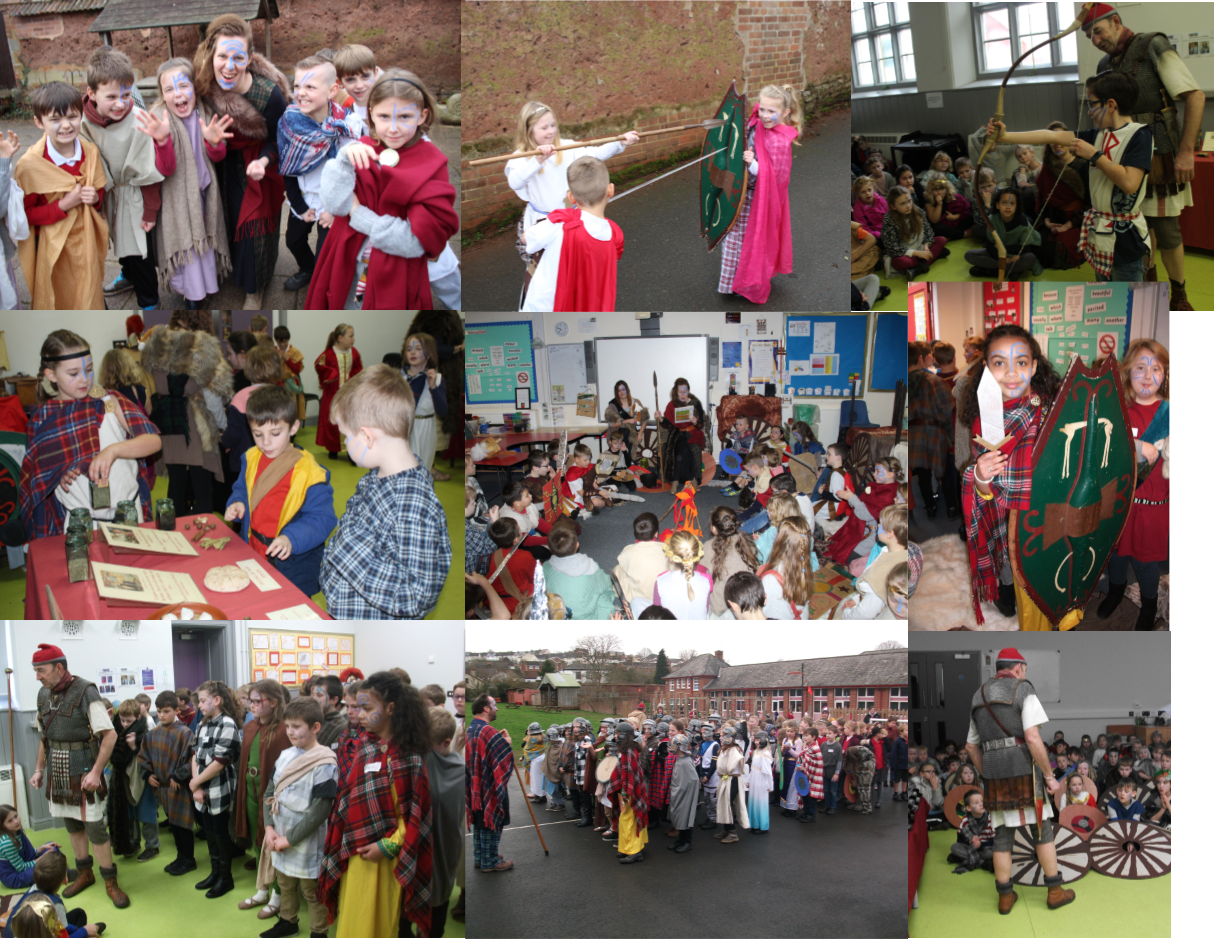