Engulfed in the tall pine trees of the giant, magical forest, there was a mysterious, playful treehouse. Inside it there was a comfy, relaxing chair inside an elevator which led up the body of the tree. Soon it would arrive at a lovely massaging room with a hot tub sitting in the corner. Charlie

In the rainbow, spherical, orb-like treehouse, is a massive movie room with massage chairs for a homely feeling. There is also an elevator to enter the spectacular treehouse with excitement. Every level has a ladder to elevate you above the other levels. It looks like a massive marble rolling away from you. Riley

The glass treehouse is surrounded by beautiful trees. Inside is a secret golden door which takes you to a tunnel filled with diamonds and gold. It is nice and cosy with a big, bright fire in the middle of the room. Outside hangs a swing on one side and the other side has a ladder. Elsie

In the middle of the deep, dark forest, a playful treehouse, rested in an enormous brown tree. Inside there is a giant waterslide, leading to a relaxing, cool pool and a ladder to get back up again. The wooden structure also has a seven foot bed and a really expensive chandelier.

It also has a giant, fresh beanbag and a TV as big as a cinema screen. The treehouse, also has a basement where I keep a secret stash and a gaming room. My favourite part of the basement is that there is a 100 letter code. Evan

Lola - A vast treehouse stood amongst the thin, tall branches of the sturdy trees. On the outside it looked like a wonderful playground up in the trees, but actually it was a nature friendly home for people who like fresh air more than TV. A thin bridge was connecting a small house to an even smaller house in the treetops.

Lucy - In the middle of the forest was a large treehouse that had a million stairs. It had some crunchy leaves that were like a crumbly packet of crisps crunching away. Looking out from the window, were loads of trees waving in the wind.

Poppy - On a tree stood a spectacular twisted treehouse. Among the lights were some flowers and below the flowers was a mirror. It was so shiny.

Lily - Branches and twigs engulfed the treehouse and they had been manipulated to form an unstable swirly staircase.

Okan - The old, grand treehouse was among the old wrecked trees. It was very risky.The branches and twigs engulfed the treehouse and they had been manipulated to form an unstable swirly staircase.

Faith - Stood amongst a sea of rustic, old trees was a vast treehouse. It was hard to see because it was made of the oldest trees from the forest. It stood on a pile of crunchy old leaves. It was tangled in leaves and vines.

Isla - Beyond the trees that had fallen down there was a rustic treehouse that had stood in the sea of dark trees for years. Everything was silent when you stepped in the ancient forest. The leaves crunched under your feet like crisps. Every time I stepped closer to the old, crooked treehouse it rose and rose until it engulfed the forest. It was like a tree but bigger than an oak tree.

Inside the rustic shelter there was a master bedroom that had ten trays of sausages, a tank of man-eating sharks and a dog room. All of a sudden, there was a smell that makes your nose wrinkle. A man came out in posh clothes. He was Mr Stink. 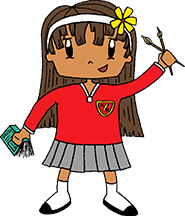